“Chinese Virus” not a racist title 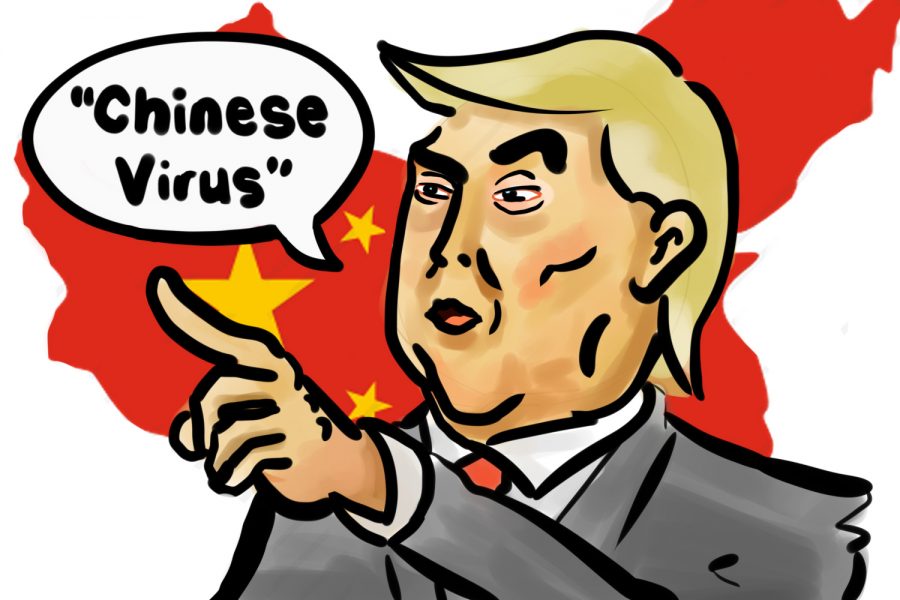 On March 13, a spokesperson for China’s Ministry of Foreign Affairs supported the claim that the US military was responsible for transmitting the coronavirus to Chinese citizens during a military visit to Wuhan in October 2019. Despite the claim being utterly baseless, this conspiracy theory was widely circulated throughout China’s social media.

In direct response to this, President Trump took to Twitter and press conferences by referring to the coronavirus as the “Chinese Virus.” Many news networks have reported since that this moniker alone is an act of racism, which I do not believe is the case.

According to historical precedent, there has not been any dissonance against attributing a disease’s common name by the location of its supposed origin. Diseases that incorporate a country’s name include the Spanish flu, German measles, Japanese encephalitis virus, and the Guinea worm.

More specifically, the names of cities have also been used in identifying diseases, such as Lyme disease (a city in Connecticut), Marburg virus (German city), Lassa fever (Nigerian town), and the Hong Kong virus. As for locations, Ebola is a river in the Congo, Zika is a forest in Uganda, and the West Nile virus attributes a region.

As the coronavirus originated in the Wuhan province of China, calling it the “China Virus,” “Chinese Virus,” or “Wuhan Virus” isn’t inherently wrong nor racist. Trump’s reference to the coronavirus was purely political; he wished to retaliate against the Chinese Communist Party for pushing a false narrative about the origin of the virus.

In addition, Trump explicitly condemned racism against Asian Americans. “It is very important that we totally protect our Asian American community in the United States, and all around the world. They are amazing people, and the spreading of the Virus (…) is NOT their fault in any way, shape, or form. They are working closely with us to get rid of it. WE WILL PREVAIL TOGETHER!” he said in a tweet on March 23rd.

On March 24th in an interview with Fox News, Trump said he would not use the term any longer, signifying his wishes to de-escalate tensions with China. However, he does not regret using the term, as it is correct.

Naming a virus by describing its origin isn’t racist. Racism is verbally or physically abusing and discriminating against an ethnicity for what they are not responsible for, which is being seen all around the world during this pandemic.

Chinese, Japanese, Koreans, and other Asians have been the target of such hate ever since the inception of the virus. These tangible, discriminatory practices are what we as a nation must focus on solving, rather than the way a virus may be identified.