NBA YoungBoy carries Rich The Kid in “Nobody Safe” 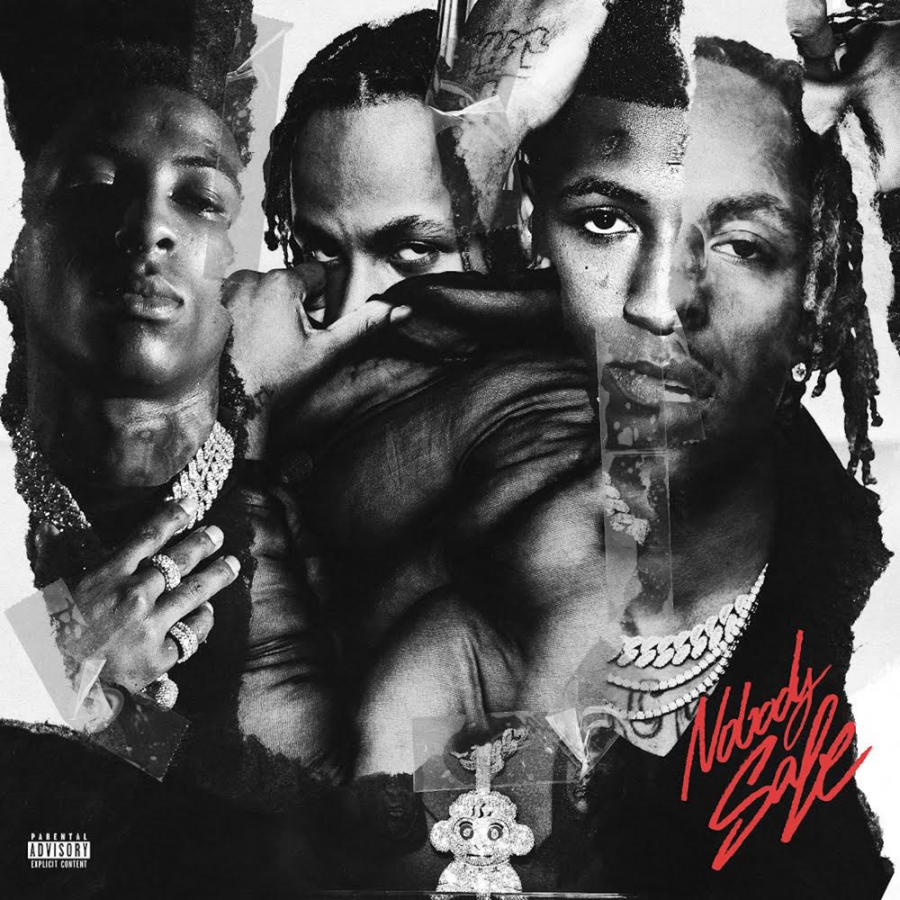 Official album cover for "Nobody Safe" found on genius.com

Atlanta’s Rich The Kid and Baton Rouge’s YoungBoy Never Broke Again, aka NBA YoungBoy, have finally dropped their long awaited collab tape. The two multi-platinum recording artists have created a great relationship. We’ve seen Rich The Kid tour with YoungBoy and pop up in his music videos in the past, and their great chemistry was apparent on the project.

They decided to name the tape “Nobody Safe,” a phrase used a lot by YoungBoy. The project was originally set to drop on November 13th, but it was pushed back to the 20th after YoungBoy dropped a surprise mixtape on the 13th, titled “Until I Return.”

Before the full tape dropped, the singles “Bankroll” and “Automatic” were released in the previous weeks leading up to it. Both singles generated a lot of excitement for fans, especially after YoungBoy’s incredible performance on “Automatic.”

The first song was named after the album name. It was a typical, fast-paced Rich The Kid type beat. It was followed by “No Flash” and “You Bad,” where we got to see two unique sides of the artists.

“Sex” was one of the more mediocre songs with a generic hook. The verses were quite basic as well, but we can see that they were trying to switch up their original styles with this song as well..

The next song, “Doors Up,” was one of the weaker tracks, but that could be a result of  YoungBoy not being a writer for it..

Unlike the last couple tracks, “Woke Up” was one of the best songs off the album.

The beat selection was on point, and Rich’s hook could have been better. However, YoungBoy came through with the following verse, really elevating the track to the top.

In the eighth track, “Rings On,” YoungBoy brings a style that was shown in his previous works like “38 Baby 2.” This was also different from Rich The Kid’s original styles.

The first feature from the project came from Quando Rondo in “Took A Risk.” The song was not that bad, however it could have been much better. It was a good idea to have Quando on the project to promote him, since he is signed to YoungBoy’s label, and has been trending after the King Von incident, even though it may have already been decided to have him on the album before the occurrence.

The second feature came from Louisiana native and rap icon Lil Wayne. YoungBoy and Weezy have previously collaborated this year on the 21 year-old’s successful album “Top” in the track “My Window.”  Lil Wayne’s verse on “Body Bag” was not as good as it was on “My Window,” and it may have been because Wayne is not usually seen rapping on those types of beats.

The last and most anticipated feature was from Floridian Rod Wave on “Sorry Momma.”

Both Rod Wave and YoungBoy are known for rapping about their struggles, and that is exactly what we heard on this song. The track is definitely worth hearing ,and they could really create something special if they worked together in the future.

The last two tracks, “Brown Hair” and “Can’t Let The World In,” are also among the best songs on the project. Rich as well as YoungBoy really show their potential in the end and wrap up the album strongly.

Overall, the joint album from Rich The Kid and NBA YoungBoy is worth hearing, but it is not an album that will keep you hooked from start to finish.