The Seahawk's Eye • May 12, 2021 • https://seahawkseye.org/1681/features/resident-evil-village-how-to-seamlessly-blend-horror-action-and-fun-into-one-beautiful-game/

Resident Evil Village: How to Seamlessly Blend Horror, Action, and Fun Into One Beautiful Game 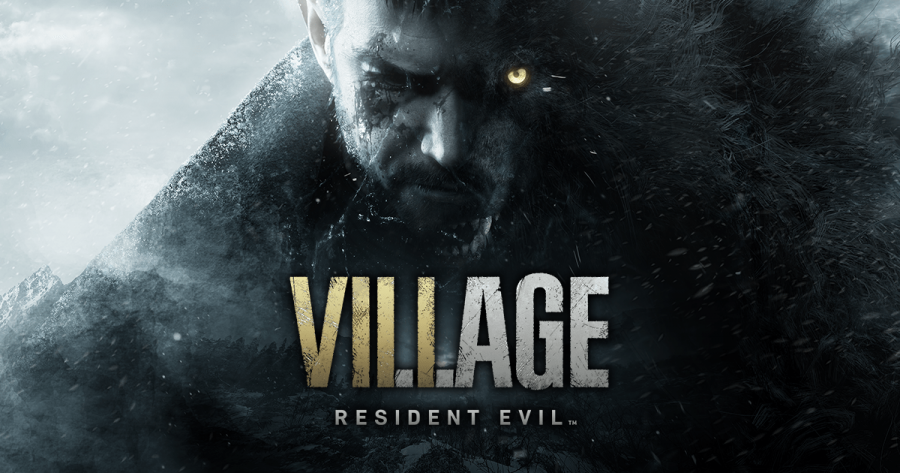 The year of 2021 has been quite the year so far for the video game industry. With well-received and fun games such as Hitman III and Returnal making their debuts this year, it is no far stretch of the imagination to say that 2021 is a promising year for video games. Resident Evil Village (stylised as Resident Evil VILLage) keeps evermore true to this pattern, cementing itself as one of the best, if not the best, game to premiere this year so far.

Resident Evil Village was released for PlayStation 4, PlayStation 5, Xbox One, Xbox Series X/S, Microsoft Windows, and Google Stadia on May 7th, and is developed/published by Capcom, a Japanese game developer based out of Osaka, Japan. Capcom is mostly known for the development of many best-selling game franchises, but they also act as their own publisher as well, without having to relinquish rights to another company in the process of distributing such games.

Resident Evil Village, at its core, is truly an excellent game. With an intriguing story, beautiful graphics, well-implemented game mechanics, fun weapons, great action, and shockingly frightening scares, Resident Evil Village truly lives up to its predecessor in every single way, and even succeeds it. Even with the loss of some of the horror elements of the prior game in lieu of more action-style game play, Resident Evil Village still proves to be a challenging, fun, and thrilling experience for any gamer enveloped in the lore of Resident Evil’s more recent games.

The story of Resident Evil Village is one of the games burgeoning strengths, especially in terms of how well its plot is developed. The plot follows the main character from the previous game, Ethan Winters, as he is thrust unto a journey to find his kidnapped/missing baby daughter in a village struck by some sort of pestilence that has turned most of the village folk into mutated monstrosities of sorts, dubbed “lycans” (subtle easter egg for all the werewolf/lycanthropy fans out there) by achievements/trophies and characters in the game. Nothing is how it seems, however, as there are ominously powerful beings at play as well, all hunting Ethan as he tries to save his daughter from the “ceremony” they are attempting to perform, with her as its center point.

Not much else can be said about the plot of the game without revealing any major spoilers, but it should be known to all that the story itself is well told, all the while feeling very much like a Resident Evil game, as it should. The story is wildly interesting, and begs the interest of your mind to keep on, and keep playing to delve deeper and deeper into this dark, twisted world that has been created by this small, secluded village.

It should also be noted that the graphics of this game are absolutely stunning, and captivating to say the least. Running on the RE Engine, the same engine used to develop the prior game, the look of the game is absolutely gorgeous. With textures being silky smooth, character models being well-defined down to the individual hairs on their heads, and facial animations showing absolutely every nuance and expression possible, the RE Engine brings the dark nature of the village and its inhabitants to life, displaying how even in a gloomy, and depressingly monotonically-themed village, energy and life can be interjected in each and every corner of the player’s view to create a uniquely beautiful and absolutely enveloping gaming experience that won’t fail to suck the player right into this horrible and terrifying world.

With plot and graphics aside, it also must be noted that the game play elements implemented in this entry of the series are some of the best, and even being quite similar to those of its predecessor’s, still manages to keep a refreshing feel, and create a fun and interesting game play loop that is almost unmatchable in today’s world of video games.

As aforementioned, many prior mechanics make a return, such as the First Person Perspective (characteristic of the RE Engine), light-crafting, inventory management, light melee combat, and heavily-featured weapons combat. Elements such as light-crafting and inventory management serve as a connection to all other games in the Resident Evil franchise, utilising elements that define the game series as it has been since its start back in 1996. Other elements, such as the First Person Perspective and its accompanying weapons combat are almost exclusive to this and the preceding game, keeping continuity with its predecessor in more ways than simply plot.

Players will find there is much fun to be had in this terrifying world Capcom has created, with carrying ranged weapons such as a pistol, shotgun, and sniper rifle in order to take down the lycans and bosses the game presents you with, all of which can be upgraded through the writs of “The Duke”, the in-game merchant that can be found in a variety of places across the map in order to sell you necessary healing items, weapon upgrades, ammunition, and even personal upgrades, such as extra storage for your inventory. Effects in this game are marvelous as well, with players feeling each and every slightest impact of their moves and actions against enemies or the environment, all of which builds tension and helps in creating a fun game play loop.

Even with some of the more old-fashioned horror elements being stripped from this game in search of more action-esque elements, that does not mean that this entry in the series is incapable of delivering a steady stream of scares. With horribly awesome creature design, disgustingly horrifying, yet very well done environments, jump scare cut-scenes, and sudden appearances of enemies to scare the socks off of the player all work together in excellent unison to create a uniquely frightening experience for the player, despite its appearance as a more “actiony” counterpart to its predecessor, for lack of a better term.

Fans of the Resident Evil franchise may also find quite a high degree of familiarity in this game with prior game Resident Evil 4, in which case, this would be quite justified. From particular stylisation choices, setting, enemies, and mechanics (especially the merchant and minimalist “hunting” mechanic), players will find that Resident Evil Village is quite similar in nature to that of Resident Evil 4, a warm welcome to any and all previous fans of the franchise and a call of similarity to draw them into the dark, dingy world of this decrepit village.

Despite this game’s near perfection in most aspects, there are some areas that are not completely amazing, so to speak. Occasionally, bugs and glitches can cause players to have a difficult time in progressing through the game, especially with issues like boss enemies blocking doorways needing to get through and what not. These pitfalls are nothing major, however, and their existence has little ill effect on how the game plays as a whole.

Overall, Resident Evil Village is quite a fantastic way to continue the constant stream of excellent games that gamers have received this year. From an intriguing story, to paralyzingly scary environments, to fantastically implemented game play, Resident Evil Village is an entry in the Resident Evil series that will be remembered for many years to come, not only as a fun game, but as an ambitiously piquing game that serves the fans of the series in the best way possibly, as well as drawing in new players with hopes of a fun, horror-themed shooter that is going to take them for one of the most thrilling rides of their gaming lives.