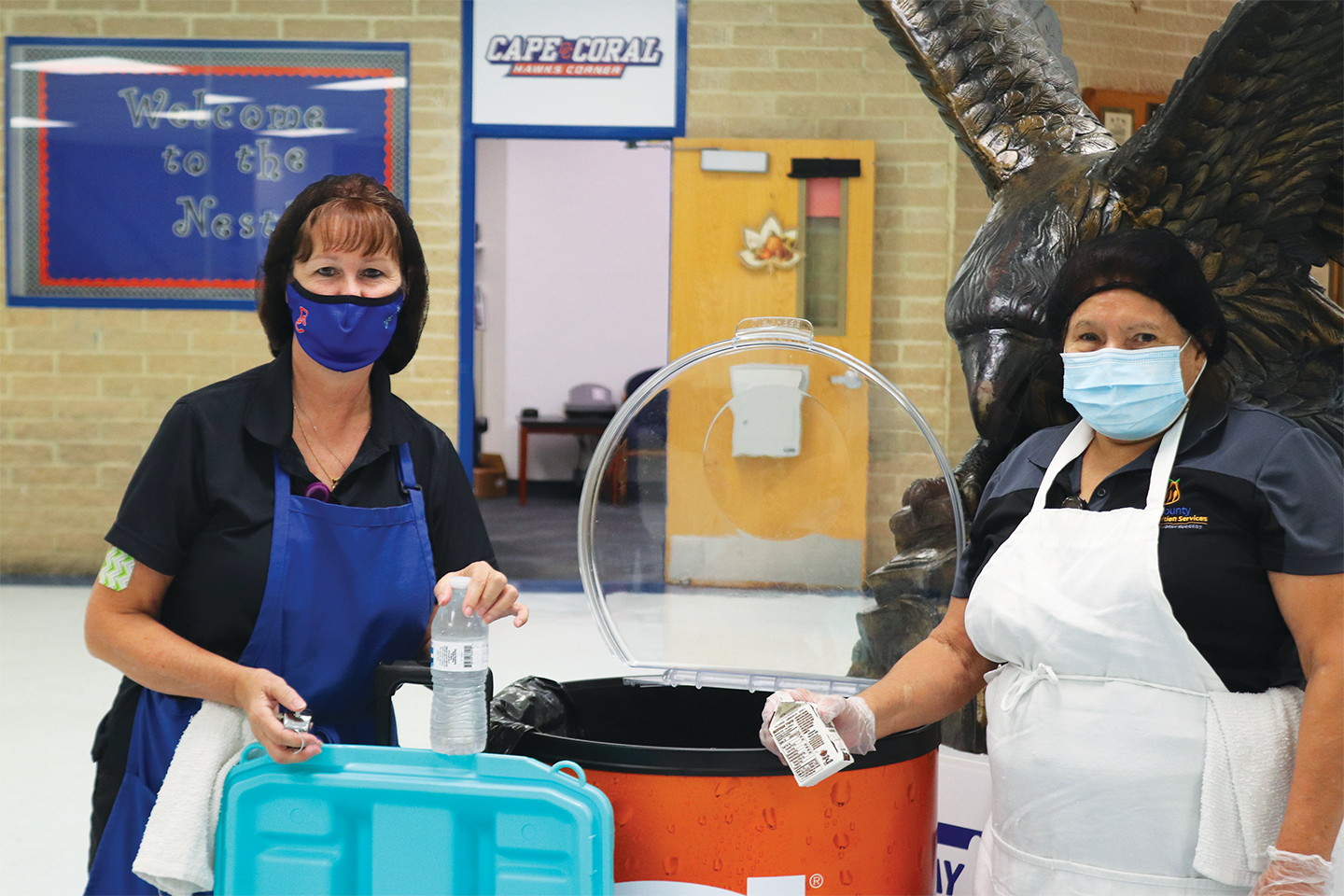 School breakfast becomes an on the go activity

Grab and Go breakfast has become the new normal for Cape Coral High School. The pandemic has caused many changes throughout the school, including how students get their meals the school typically provides for them. Many kids get school breakfast and have been affected by the way it changed this year.

To reduce the amount of contact between students and different parts of the building, they have moved the breakfast pick up to the center of the first floor. The change in location makes sure that the cafeteria doesn’t need an additional cleaning throughout the day and that the contact between students is minimized as they grab their breakfast and head to their first period class.

“The Grab and Go isn’t easier for me, because I come from parent pick up. It would be easier for me to go to the cafeteria, then to class but that’s just because my classes are upstairs,” Sophomore Zachary Clayton said. The one-way hallways make the trip a bit longer when students have to grab breakfast, then makes them go down a hallway that isn’t the fastest route.

Even though there was a change in location, the quality of the school breakfast hasn’t changed. The new area makes it faster to grab, but takes some students out of their way so it takes them a bit longer to get to class.“It doesn’t change the quality of the food, and if anything, it makes breakfast better because there isn’t a wait time on the breakfast. You just walk up, they give you breakfast, milk, and silverware, and you go on your way,” said Clayton.

The grab and go breakfast doesn’t affect every student because many still don’t get breakfast based on personal preference of food and the time taken to grab it before going to class.“I don’t get school breakfast because I eat at home so I get to choose what I eat and I don’t have to take extra time before class to grab it,” Sophomore Adrianna Torres said.

The change of just using the prepackaged food has made the food better for some students as they know what they like and gives them an easier decision to pick from the  options presented to them in the morning. “The school breakfast is ok. The worst part of the breakfast is the yogurt entree, but the best part of breakfast has to be either the Pop Tarts or the cream cheese filling things. The Grab and Go makes the food better than last year, because now all they can give is the prepackaged food, which, in my opinion, are the better options,” Bonilla said.