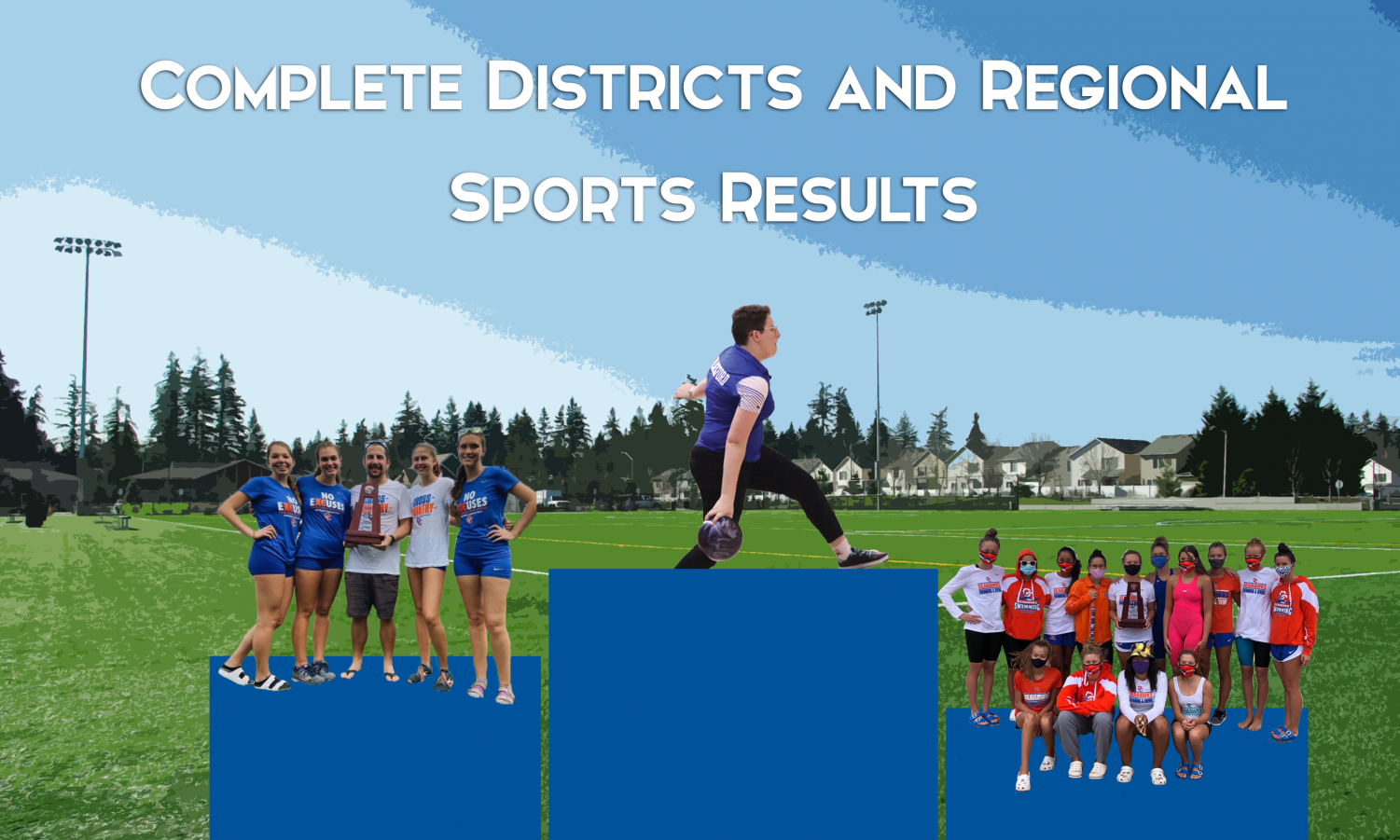 The cross country team, bowling team, and swim team are all featured on a sports podium. (Melanie Pena)

The cross country team, bowling team, and swim team are all featured on a sports podium.

Fall sports go above and beyond

Cape Coral High School’s fall sports teams brought their A-game this season. The Seahawks Cross Country, Bowling, and Swimming/Diving teams all made it to districts and represented the school well. This year was a step in the right direction for all of these programs and the teams can be proud of their accomplishments from this past season.

The Seahawk Cross Country team put in a tremendous amount of work and never gave up the fight, no matter what was thrown their way. “Overall, this season went very well. Both the girls and boys were extremely competitive, and we had a lot of personal bests and growth on both sides,” head coach Robert Berkey said.

With the shaky circumstances surrounding COVID-19, both the boys and girls teams had to make a lot of changes and be flexible with this unique season. “The team was really amenable to the rule changes and expectations, making training and the adaptations seamless,” Berkey said.

The team’s positive attitude toward the situation at hand helped keep the season moving as smoothly as possible, and they kept that energy all the way until the very end.

“The boys finished sixth at districts, and had a couple individuals come up just short of making regionals. The girls were the district runner up as a team, and placed seventh at regionals,” Berkey said. “Due to bad circumstances, we were not able to secure the last team spot to head to states as a team for the fourth consecutive year in a row.” Regardless, this season was filled with many lessons the team can use going forward, and their hard work did not go unnoticed.

The bowling team also did exceptionally well this year. The team made it very far in districts and applied some serious pressure on their competitors. “This season went well in terms of improving our individual team skills. We definitely saw many of our areas for improvement in temperament and group cohesion,” junior bowler Jonah DiLeonardo said. The bowling team helped make a name for themselves by beating some of the top teams in the district, including Bishop Verot and Cypress Lake. Although they may not have taken the district title, they still finished in the top three and made memories that will last a lifetime. “This year was very fun and I enjoyed watching everyone improve over the season. We had many strengths, such as our teamwork, and very little weaknesses,” freshman bowler Paige Williams said. The team was able to make vast improvements across the board this year, and will continue to work diligently for next season with the goal of reaching even greater heights in mind.

Cape High’s swim team was able to maintain their traditional success and prospered this year, regardless of the conditions at hand. Both the boys and girls teams placed first at districts, then moving on to place second at regionals.

Senior diver Phaedra Jeleniowski placed first, immediately advancing to states. “It was exhilarating. I didn’t do my best last year and placed third at regionals, so coming back this year for my senior season and just having fun made the competition that much more enjoyable. I was super excited when I learned that I won first place,” Jeleniowski said.

Although the titles are impressive, a special team bond is what held the team together throughout a season like no other. “Our biggest strength as a team is our connectedness and our motivation,” junior swimmer Dana Lara said. “We are like a family and make it work no matter what.”